About the bad image of Hungary in the German media: what can we do about it?

Home | Hírek | About the bad image of Hungary in the German media: what can we do about it? 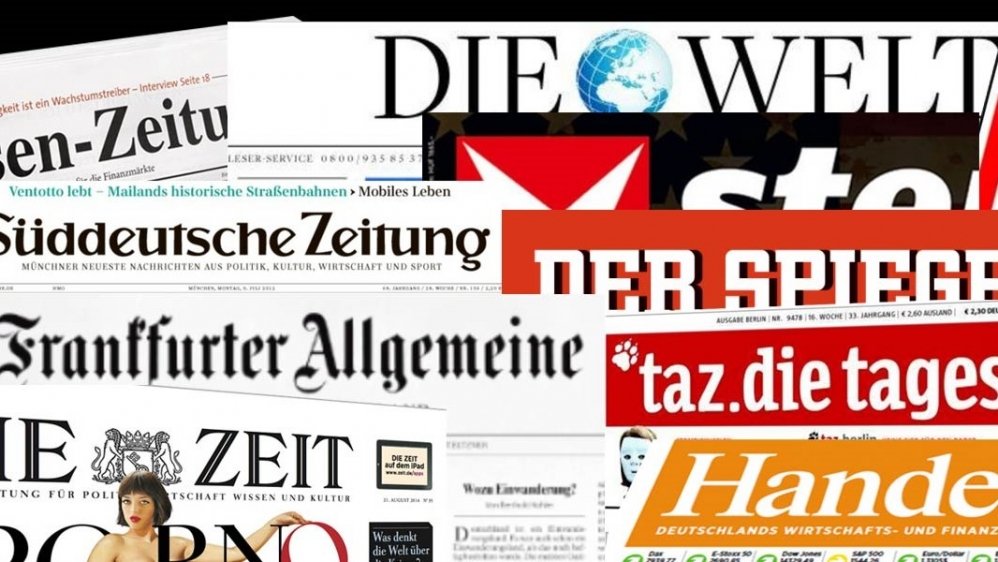 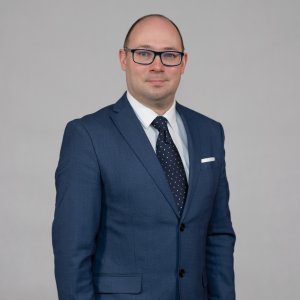 Many media platforms in Germany are often held responsible for publishing negatively biased reports about Hungary and they are not really willing to change that. What could be the way out? Bence Bauer’s article.

Regarding a number of everyday political issues, it is almost impossible to find a somewhat neutral and descriptive interpretation of the situation in Hungary. Is the problem really that large? In this article, along with some examples, I will attempt to suggest solutions and outline a possible way out.

In recent years, in certain German press organs, we have seen several biased and not-so-objective reporting of events and issues in Hungary. The first major “hit” was the Hungarian Media Law. Its background and context have not been reported, these media outlets simply accused the new media authority of censorship - which has been proven now completely unfounded. When the new Fundamental Law was adopted, its preamble mentioning Christianity’s role in preserving nationhood was also harshly criticized, although Hungary (with the exception of Latvia, which reinstated its old constitution of 1922) was the only new EU member state that did not adopt a new basic law at the time of the regime change.

Critiques also highlighted that the people could not vote on the new Basic Law (as if this would be the only democratic way in a representative system). And historical ignorance culminated when some people from Germany asked back about what was wrong with the Hungarian constitution of 1949, since Konrad Adenauer was elected Chancellor that year, what a beautiful year it was, a major stage of the post-war resumption. In short, the media did not want to inform, but to weave a narrative about the issues in Hungary by omitting the facts, or at least by presenting them in a distorted context. But there are other examples to mention, from the Hungarian migration policy to the transformation of the electoral system. In the vast majority of the German media, most of these issues were covered with completely negative overtones, without even trying to understand the historical peculiarities of our country, the Hungarian public life or political culture.

In 2020, the German public service channel ZDF aired the documentary “Hallo, Herr Diktator” for the first time, which was then re-programmed by ARTE, a German-French joint channel, in early February 2021 - also on public funding. The sole purpose of the "documentary" was to paint a picture of a backward banana republic in Hungary. This happened with the participation of the most prominent figures of the Hungarian left-wing, or that of correspondents living outside of Hungary for decades, such as Paul Lendvai, who cannot be accused of being pro-government at all. But the Hungarian interviewees were dwarfed by the real star, the Green EU German MEP Daniel Freund, who was taxiing in Budapest under a covert operation, and at various locations, he was listening to the accounts of “authentic” left-wing politicians (as long as an opposition can paint an objective picture of its political opponents), about how horrible life in Hungary was.

Needless to say, the one-and-a-half-hour show featured only one single man close to the government, Zoltán Kovács, whose words were cut in a way to suit the theme of the show. Something similar happened to the writer of these lines a few weeks ago: the German Civil Service Radio conducted a half-hour interview with him, from which a single short quote was used, and for the rest of the show only voices critical of the government could be heard. Is this what we call balanced reporting?

The other day, the Süddeutsche Zeitung, a printed daily newspaper in Germany, published a longer report on the Hungarian family policy. Here, one of the interviewees - the internationally renowned Fruzsina Skrabski - was speaking positively about the elements of family policy, but she was portrayed in a way as if she represented the dark past in a retrograde film with her outdated and archaic views on family. Nevertheless, the only point she made was that it was best for children to grow up in a traditional family.

She is, in fact, one of the most credible figures in the field of family policy issues, and, as she explained, the essence of the Hungarian family policy is to ensure that everyone may have as many children as he or she wants. The state does not force young people to have children, but creates opportunities and chances for the desired children to be born. The argument was not convincing enough for the German journalist. Once the article was published, Fruzsina Skrabski felt necessary to express her position in the Hungarian media in a response article. This is a striking example of how articles about Hungary are written, in some foreign newspapers, according to a pre-conceived narrative. The details for nuancing this picture are omitted from the reports with noble simplicity.

I could list many more examples, but I will not. I have been watching media appearances in Germany for many years and I am no longer surprised by anything. Sadly, they want to put Hungary in a bad light with a pre-developed concept, while objective, information-based journalism is on the verge of extinction. We see more and more articles written by journalists who, instead of real research, only “google out” their information and rely on half-truths. That is why we see in the mentioned media the same "experts on Hungary" speaking most of the time, and only one narrative, driven by a few opinion makers like Paul Lendvai, prevails. These processes, then, reinforce each other, and only a few can or are willing to write against the dominant discourse.

In the recent years, hardly any of the main issues in Hungary were covered by the foreign media in a credible and nuanced way, presenting the background, the right actors and the possible alternatives. That is the role of the media, isn't it? The media (as its name also suggests) are meant to be a mediator, to mediate between the news and the reader, presenting the news, the event objectively, so that the news consumer can form an opinion about current events. The solution would be to find forums where critical and supportive voices can express their views regarding a given issue. (And here I do not think of active political actors, or that these actors oppose or support a party or movement in everything). These platforms should be open to objectivity and genuinely interested in what is going on in Hungary.

This, of course, can happen not only at the level of the media, but also in other areas of public life. I could cite countless examples of why it is so important to write or speak objectively about public events in Hungary, and to see what positive or unexpected feedback we receive. These, in many cases, start with “I didn’t even know ...”, “... why the newspapers do not write about this” or “... I wish I had heard about it before”. Everyone who has a network of contacts, friends and acquaintances can do something in a way to objectify reports.

In many cases, average German people have a more positive view of Hungary than we would assume based on the news. It is worth looking at the comments under the articles criticizing Hungary. Sometimes, it seems that the journalist and his readers are living on different planets. It is therefore important to pay attention to the image of Hungary manifested in intellectual debates, and to all actors who can and are willing to make an impact.

There are welcome examples, and not just a few. Dr Gerhard Papke, President of the German-Hungarian Society (Deutsch-Ungarische Gesellschaft), a former politician of North Rhine-Westphalia´s governing party FDP, communicates about Hungary openly and objectively - surprisingly, on his Twitter channel. The number of shares and interactions shows that the facts that are natural to us are often completely new to the German public. To give an example:  on 19 January 2021, Papke made a post on the Hungarian Prime Minister's commemoration of the anniversary of the deportation of ethnic Germans from Hungary, which was read by 50,000 people in 48 hours. Many commenters regretted that this nice gesture, and the memorial day itself were completely omitted in the German media.

Papke also commented on the ninth amendment to the Basic Law, saying that it was a decision made along values that must be respected - a quarter of a million people have read it. But we could also mention the recently launched German language website of ungarnreal.de, which tries to communicate objective information to the German public. Ungarn Heute is also to be mentioned. It is read by many and publishes excellent articles - just like the Budapester Zeitung. Professional and friendly initiatives, town twinning, academic and scientific relations, or even the forums of foundation life should be pointed out, where people giving a realistic picture of the country are in majority.

The positive examples above also show that we have many friends and allies in Germany. They just need to be found, contacted, and existing relations should be nurtured at as many places and levels as possible. They will be the ones who speak out against false information and call their circles to account for objectivity. There is no need for biased writings about Hungary, objective information is worth gold! It is essential to write letters to the editors, refuting the allegations, and to give a more objective view of the given issue. It is a lengthy and meticulous job, of course, but it is worth it. Many do so, and their letters are often published. Not only the above mentioned Gerhard Papke bombs the German newspapers, including the prestigious Frankfurter Allgemeine Zeitung, but so did, recently, the German-Hungarian Law Association led by Csaba Láng.

It is worthwhile to contact all the actors that are important to us, and to maintain a direct communication channel with them. Very often, the peculiarity of the Hungarian language, our national spirit and way of thinking make it difficult for foreigners to even understand an event or an affair in Hungary. If we can provide a context for what is happening in Hungary, they will understand us more easily.

The German-Hungarian Institute for European Cooperation at the Mathias Corvinus Collegium also serves this purpose. Any of our future guests, visitors of Hungary who are curious about our work, or participants in our projects may be assured that all questions are welcome and enough information will be provided about any area of Hungarian life or politics to see the “big picture” of the country, and the people who live here. In this way, we may also contribute (by increasing the number of experts on Hungary) to a more realistic discourse on Hungary in the German media. This is what we can do against slips and false reports. It is a long and bumpy road, but we have to go along so that, in the 21st century, Hungary may occupy the place it deserves in the Europe of nations. 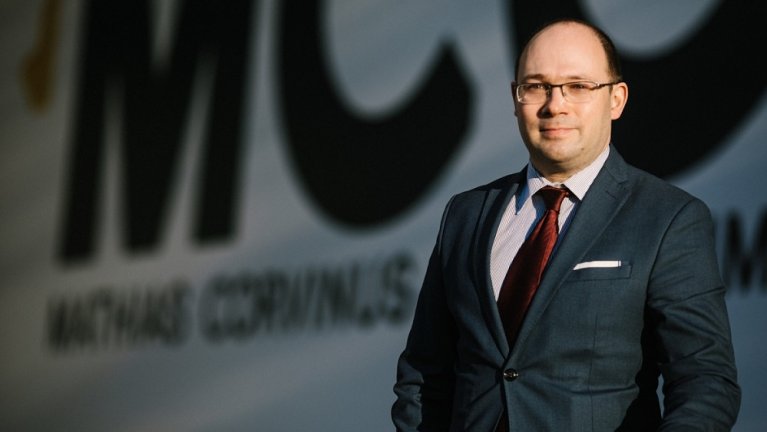 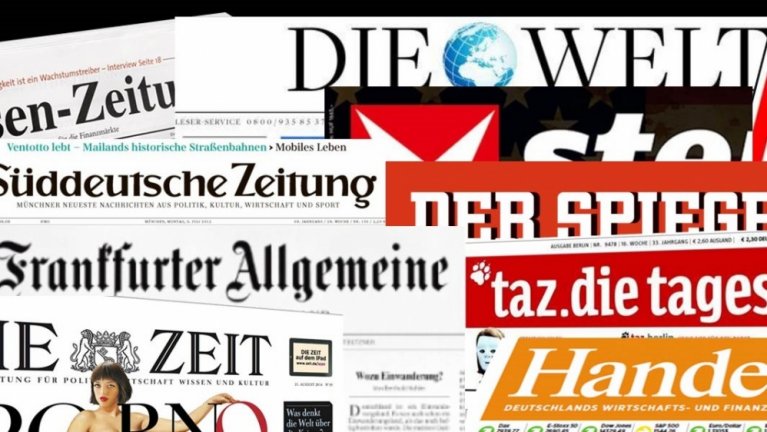